S & S Aviation Company, Inc. was formed in 1984 by Coleman and Harriet Sutton.  Coleman was a retired United States Air Force pilot.  He served from 1958 to 1978, flying fighters, bombers, and transport aircraft.  After retiring, he became an aircraft mechanic.

In 1985, S & S Aviation added Mike Miller as a partner.  He served in the United States Army as an air traffic controller.  His twin engine airplane was the first of its kind based at Cherokee County Airport.

In 1987, Jimmy Garland was added as the company's third partner.  Jimmy is the airport manager as well as an A&P mechanic and a flight instructor.  He also has inspector authorization (IA).

S & S has 30 employees.  We are known Nationally for quality aircraft maintenance and service programs, specializing in 400 series Cessna aircraft.

We strive to serve as your competent and reliable partner in business. Our friendly and attentive staff is looking forward to serving you. 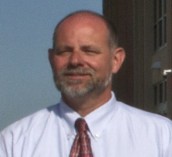